Longtime Canadian actor Michael Ironside is shooting a new full-length Hollywood film in the Edmonton region, a project that grew out of a chance meeting 12 years ago during a traffic jam in Los Angeles.

For the last couple of weeks, the set has been at a 100-year-old farm just east of the city of Fort Saskatchewan, Alta., along Township Road 544. The old red brick farmhouse has been taken over by the mostly-Canadian production crew out of Calgary.

A veteran of more than 45 movies and countless television productions, Ironside says even though he’s lived in Los Angeles since 1982, he’s still a Canadian boy at heart. He’s originally from Toronto.

“You make it sound like I’ve been away,” Ironside said during a break in filming on set. “I try and make it up here in the summertime.” 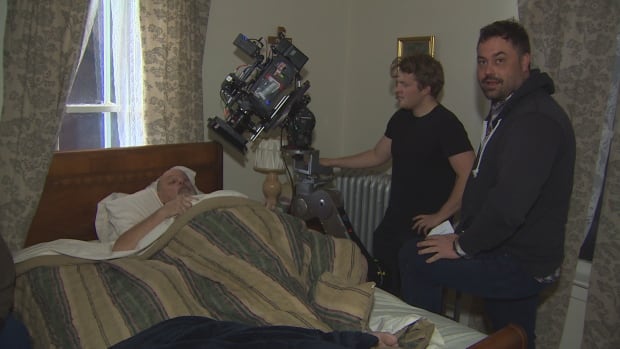 But this time, Ironside is braving an Alberta winter to shoot a new thriller movie called Knuckleball.

“We’ve been able to construct a script here that has all the elements of a murder-mystery thriller in it, slight horror aspects,” he said. “It’s humanity at its worst in some places.

CAPE BRETON’S HIGHLAND ARTS THEATRE RETURNS TO THE STAGE – AND...

INSIDE THE TELLURIDE FILM FESTIVAL THAT WOULD HAVE BEEN

KEANU REEVES IS WRITING HIS FIRST COMIC BOOK ABOUT A WEARY...

‘CANARY IN THE COAL MINE’: CALGARY-SHOT WYNONNA EARP AMONG FIRST TV...