Up-and-coming Canadian singer Langston Francis apologized Tuesday, less than six hours after iHeartRadio.ca reported on allegations of sexual assault from several young women and a public campaign to strip him of his record deal.

Just before 5 p.m. ET on Tuesday, Sony Music told iHeartRadio.ca it has removed Francis from its roster.

“To anyone who I may have hurt with my behaviour, I’m sorry,” Francis wrote in a message he shared via Instagram. “I’m pressing pause on my music career and taking an indefinite break from social media in order to reflect and consider what further actions I need to take to work on these personal issues.”

It is the first time Francis, 19, has addressed the accusations against him.
. 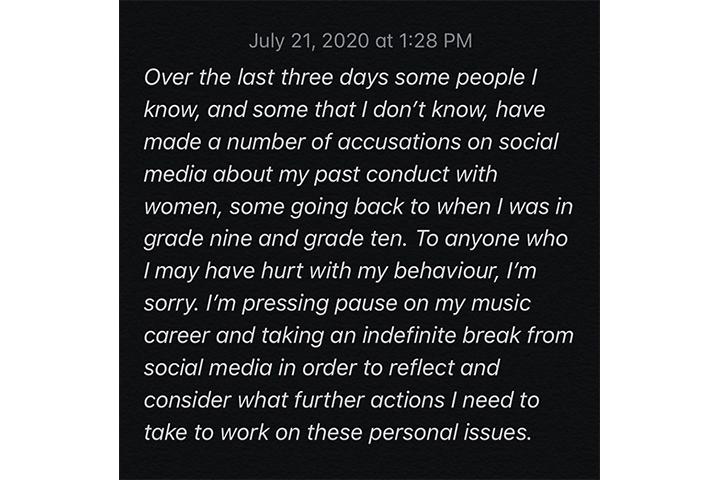 Francis did not respond to a request for comment on Monday. None of the allegations against him have been tested in a court and he has not been charged with a crime.

OBSIDIAN THEATRE AND CBC ANNOUNCE LINE-UP OF DIRECTORS & PERFORMERS FOR...