TORONTO (August 10, 2016) – Much celebrates the trailblazing career of Canada’s beloved The Tragically Hip in honour of their final performances in Toronto and Kingston, Ont. with THE HIP ON MUCH, beginning tonight. The marathon begins with a collection of music videos from The Tragically Hip and lead singer Gord Downie, coinciding with the band’s Toronto concert dates on Wednesday, Aug. 10, Friday, Aug. 12, and Sunday, Aug. 14 (full schedule below). Then, on Saturday, Aug. 20, Much airs a full day of Hip-themed programming, in honour of the band’s final performance in Kingston, Ont. Hosted by Much VJ Tyrone Edwards, the special illustrates the band’s storied career with music videos, archival interviews, and messages from the artist community sharing their favourite stories about the band. 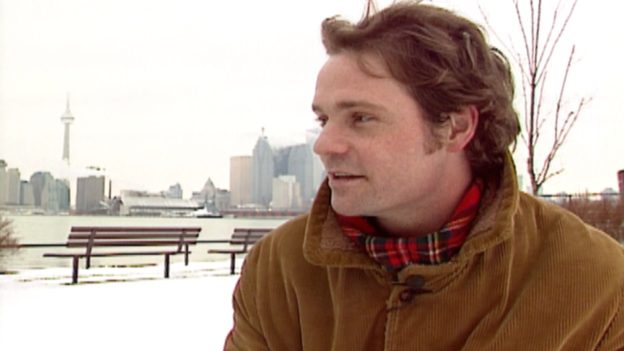 Gord Downie during an interview with MuchMusic in 1993

See below for full descriptions and air times. All times are subject to change and are in ET. Visit Much.com to confirm local broadcast times.

Wednesday, Aug. 10
7 p.m. – 9 p.m. – THE HIP ON MUCH
Much pays homage to The Tragically Hip, one of Canada’s most influential bands, with a selection of their greatest music videos. Tracing the history of the band’s career, and coinciding with their three Toronto concert dates, this collection of 32 videos includes Courage, Bobcaygeon, and New Orleans is Sinking. The playlist also airs on Friday, Aug. 12 from 6 p.m. – 11 p.m. and Sunday, Aug. 14 from 6 p.m. – 10 p.m.

Saturday, Aug. 20
6 a.m. – 4 p.m., 6 p.m. – 8 p.m. – THE HIP ON MUCH
Much has brushed shoulders with The Tragically Hip many times over the years, hosting the band for many performances and interviews at Much HQ in Toronto. Much VJ Tyrone Edwards pulls together archival interview footage spanning from 1989-2011, along with a selection of music videos, to illustrate the band’s storied career in honour of their final performance in Kingston, Ont. Also included in this special are messages from the artist community sharing their personal stories about the band.

About Much
Much is the go-to channel for all things pop-culture, delivering trendworthy, topical programming, and exclusive live events. From the MUCH MUSIC VIDEO AWARDS to its industry-leading online and social media outreach, including Much.com, on Twitter (with more than a million followers), and Facebook (with more than 1.2 million likes), Much continues to deliver unique and clever programming to its audience. Much supports the Canadian music video production industry with its annual, multi-million dollar contribution to MuchFACT. Much is available in more than 8.2 million homes across Canada via satellite, IPTV, and cable, as well as more than 1 million mobile devices. Much is a division of Bell Media, which is part of BCE Inc. (TSX, NYSE: BCE), Canada’s largest communications company.

VANILLA ICE TO PERFORM IN TEXAS DESPITE SURGE IN VIRUS CASES