Home NEWS International News SIR PATRICK STEWART AND ISA BRIONES PUMP UP BELL MEDIA STUDIOS FOR...
Share on Facebook
Tweet on Twitter
Bell Media Studios in Toronto was fully “engaged” with Sir Patrick Stewart on Monday!
The man who made the character of Jean-Luc Picard a household name was on hand to promote his highly anticipated new series STAR TREK: PICARD, which debuts Thursday at 9 p.m. ET on CTV Sci-Fi Channel. Co-star Isa Briones kicked off the day on YOUR MORNING and CP24 BREAKFAST, and was later joined by Stewart for segments on THE SOCIAL, THE MARILYN DENIS SHOW, and ETALK.
Asked on THE SOCIAL about his initial decision to take on the role of Picard in STAR TREK: THE NEXT GENERATION back in the 1980s, Stewart reiterated that he never thought it would last. His strategy at the time? “Come to Hollywood, make a little bit of money for the first time in your life, get a suntan, go home,” he said. Well, the sun is still shining on Jean-Luc Picard!
Also on THE SOCIAL, Briones talked about entering a world that has such a devoted fan base.
“Coming into this, I had just left the first national tour of Hamilton, and I’m coming from that, which also has such a wonderful fan base, really in a way kind of prepared me,” she said. “People have been waiting almost 20 years for this iconic character (Picard) to come back, and they have already met us – the new characters who they don’t even know – with so much love and support. It’s an incredible feeling.”
Check out these photos from Stewart and Brione’s incredible day in Toronto!
. 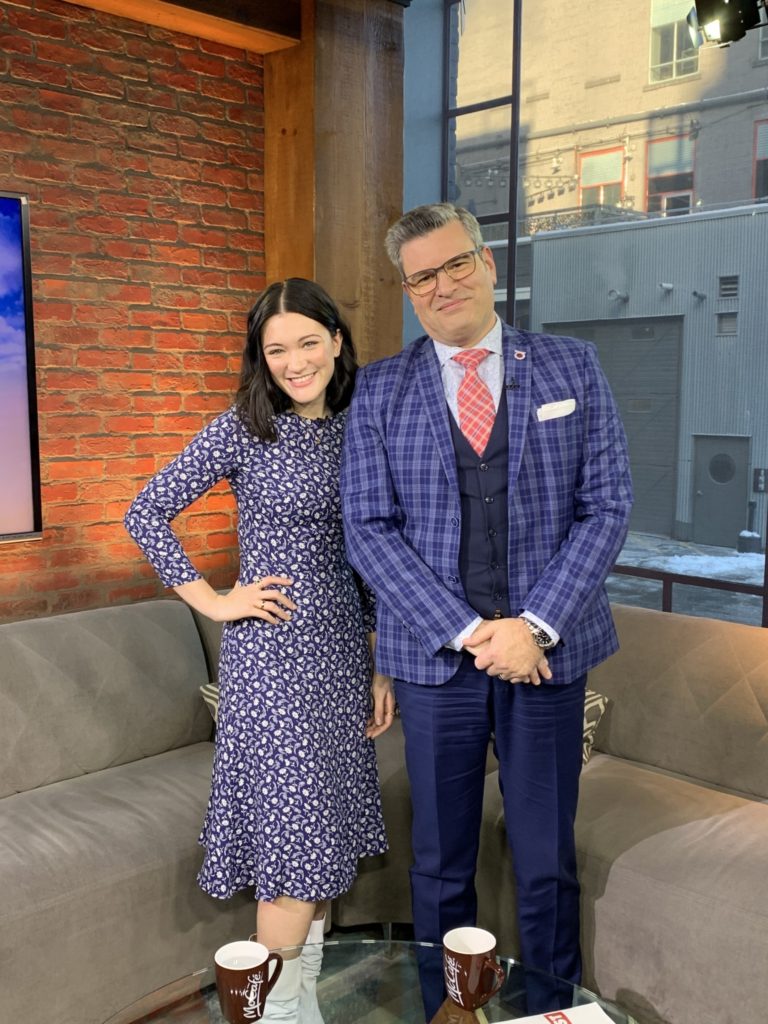 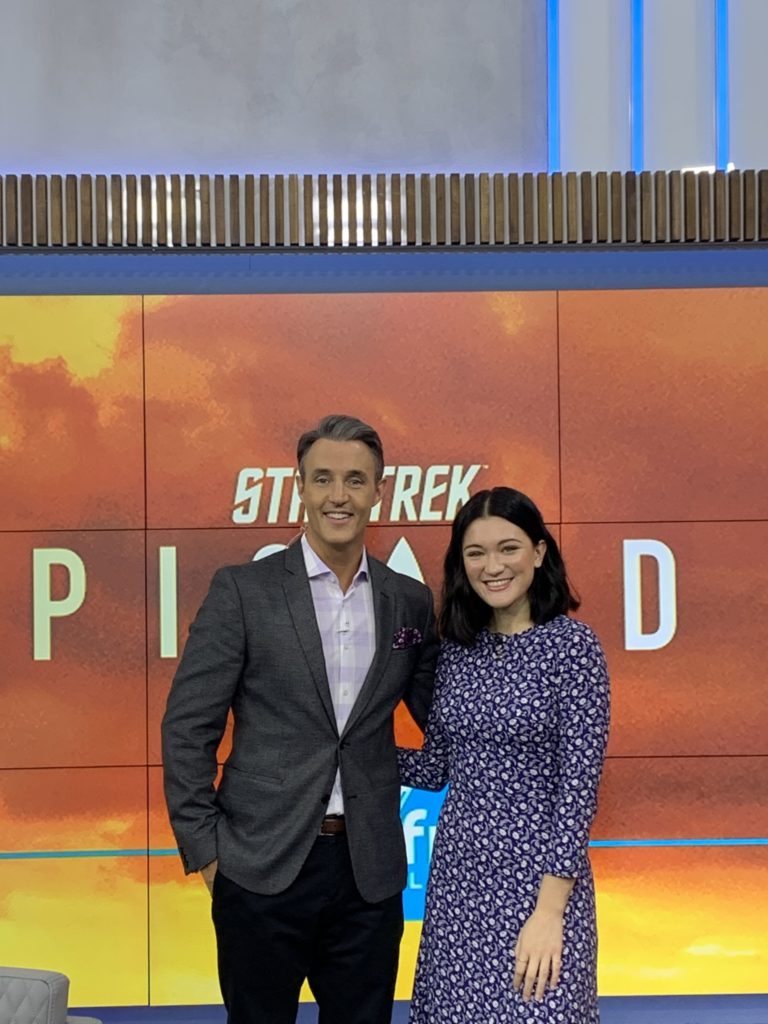 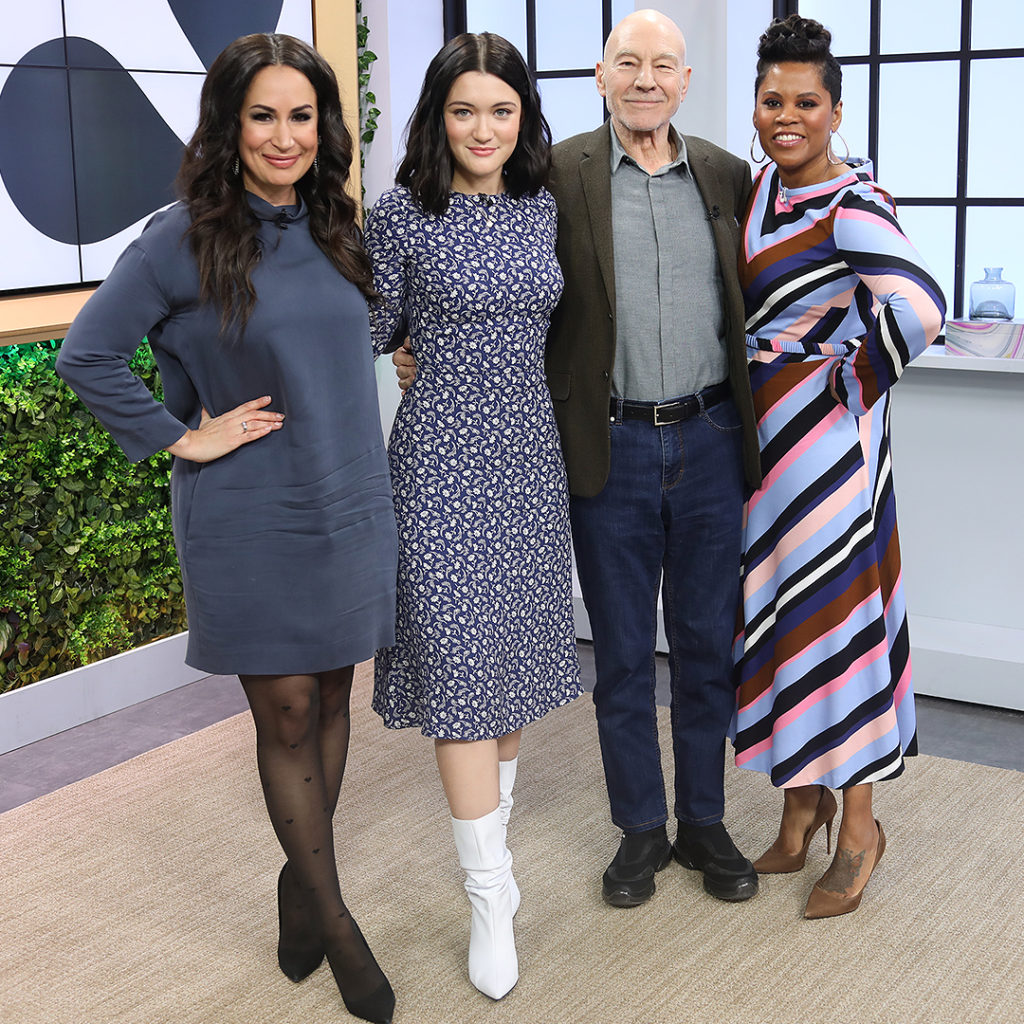 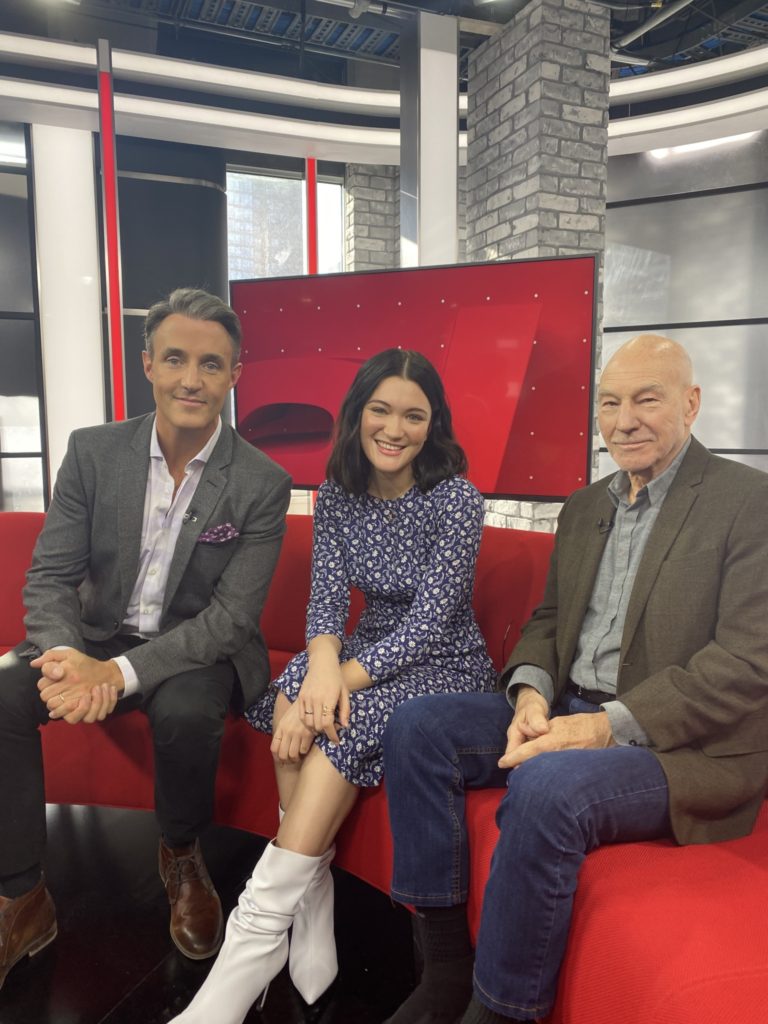 FIRST LOOK AT KIEFER SUTHERLAND IN QUIBI REBOOT OF ‘THE FUGITIVE’