This is truly heartbreaking. What an unbelievable loss. Few careers have such longevity and impact. One of my favorite memories from Knives Out was playing piano together in the Thrombey house between set ups. He was a lovely man and a legendary talent. 💙💙💙 https://t.co/eFwNVe762w

Reactions to the death at 91 of Oscar winner and “Sound of Music” star Christopher Plummer:

“He was a mighty force both as Man and Actor. He was an actor in the 19th century meaning of the word—his commitment to his profession. His art was total, theatre being a constant and the most important part of the totality of his drive to engage with storytelling. He was fearless, energetic, courageous, knowledgeable, professional and a monument to what an actor can be. A Great Actor in the truest sense.” — Helen Mirren, who co-starred with Plummer in his Oscar-nominated role of Tolstoy in “The Last Station,“ in a written statement.

“Mr. Plummer was a timeless actor who entertained millions around the world and inspired many to pursue the arts. A true gentleman and a consummate professional, his presence both on and off the stage will be thoroughly missed. On behalf of all Canadians, I extend my deepest condolences to his family, his friends, and his many fans.” — Canadian Prime Minister Justin Trudeau in a statement. READ MORE

I met Christopher Plummer just once in the 91 years he walked the Earth. It was at the Toronto Film Festival in 2015, and the actor was in his hometown promoting Remember, a Holocaust survivor thriller directed by Atom Egoyan and co-starring Martin Landau.

He was gracious and self-effacing, apologizing for fussing over a cup of tea, and then asking if he could get something for me. “I’m sorry I can’t exactly offer you —” he gestured around the hotel room where the interview was taking place. “They took the bar away, obviously.”

Plummer, who died Feb. 5 at his home in Connecticut, will be forever remembered as the stern patriarch Captain Georg Von Trapp opposite Julie Andrews in the 1966 film The Sound of Music. But he got his start on the stage, and he always considered himself a theatre performer first and foremost. READ MORE

IN PICTURES: CHRISTOPHER PLUMMER OVER THE YEARS

TORONTO — Oscar-winning Canadian actor Christopher Plummer has died at the age of 91.

Plummer was best-known for his roles in ‘The Sound of Music,’ ‘Beginners,’ and ‘All the Money in the World.’

Here are some photos of Plummer from his acclaimed career that spanned more than six decades. 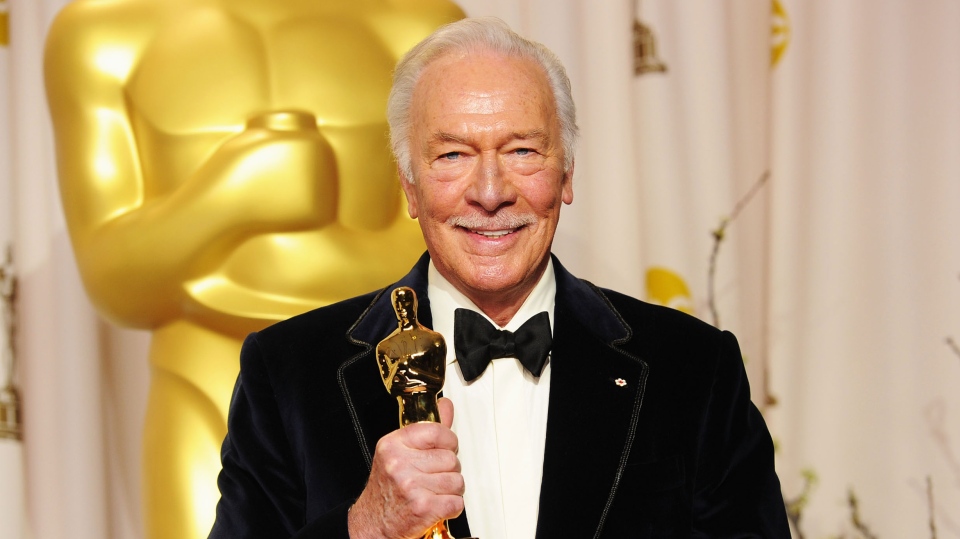 Actor Christopher Plummer, winner of the Best Supporting Actor Award for ‘Beginners,’ poses in the press room at the 84th Annual Academy Awards held at the Hollywood & Highland Center on February 26, 2012 in Hollywood, California. (Photo by Jason Merritt/Getty Images) 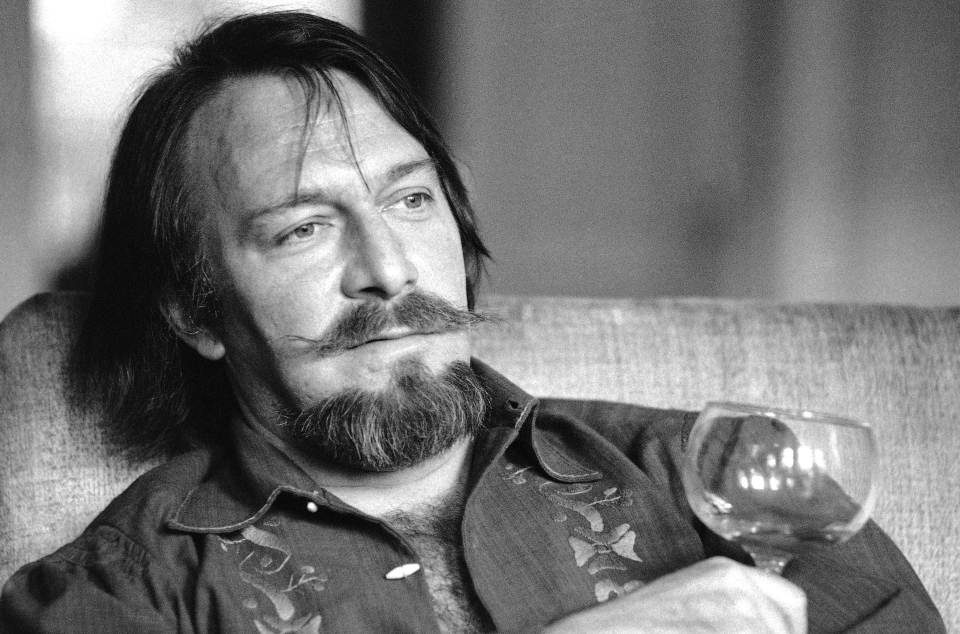 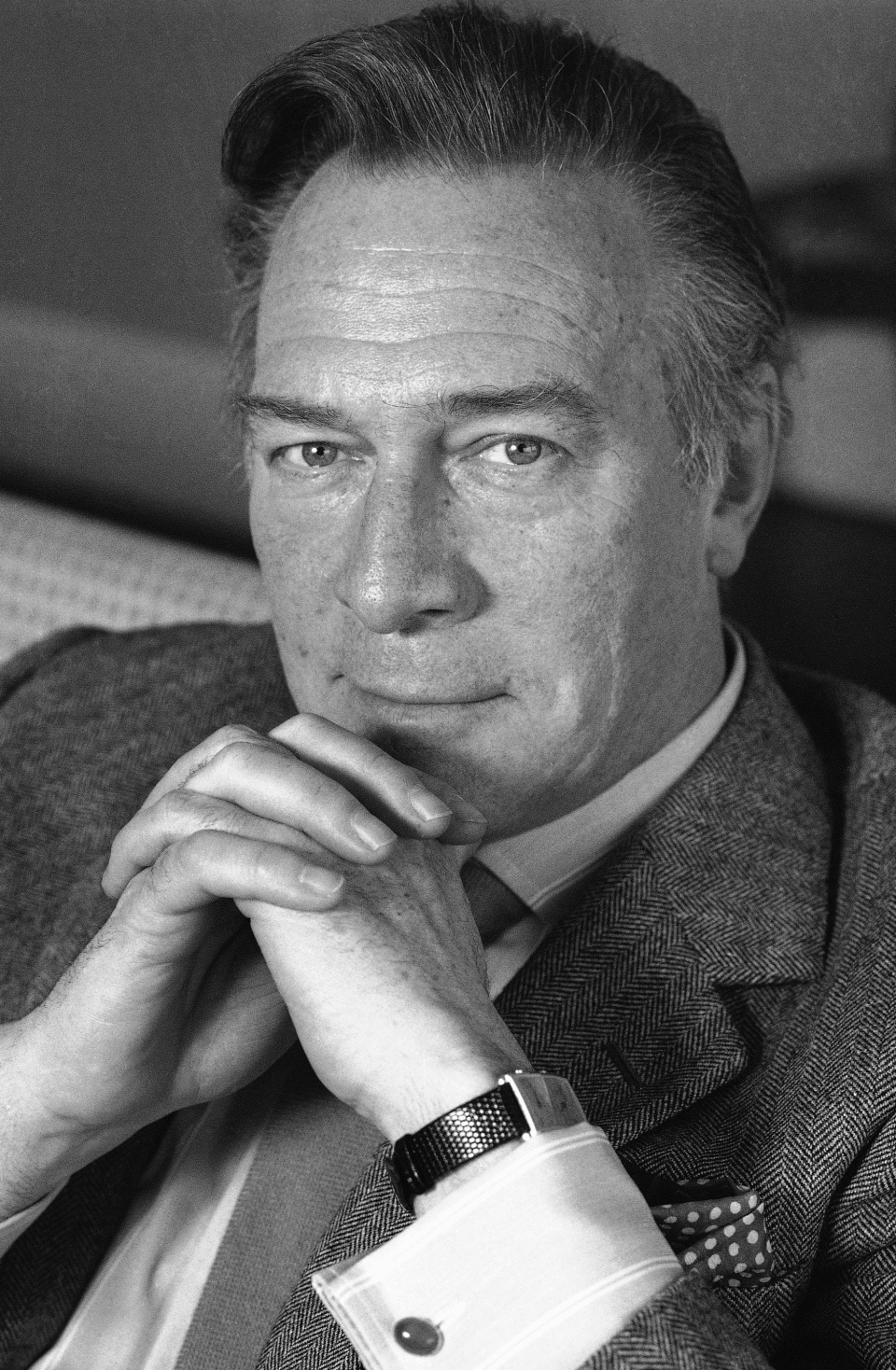 CHRISTOPHER PLUMMER MOURNED BY CHRIS EVANS AND MORE AFTER HIS DEATH AT 91: ‘WHAT AN UNBELIEVABLE LOSS’

Hollywood is mourning one of its brightest stars, Christopher Plummer, after his death was announced on Friday. He was 91.

The beloved Sound of Music actor had a decades-long career with hits like 2001’s A Beautiful Mind, 2018’s All the Money in the World, 2019’s Knives Out and Beginners, for which he won a Best Supporting Actor Oscar in 2012.

Plummer’s dear Sound of Music costar Julie Andrews mourned the actor in a statement to PEOPLE shortly after his death.

“The world has lost a consummate actor today and I have lost a cherished friend,” she said. “I treasure the memories of our work together and all the humor and fun we shared through the years. My heart and condolences go out to his lovely wife Elaine, and his daughter Amanda.” READ MORE

TORONTO — The death of Canadian-born acting legend Christopher Plummer has sparked a flood of tributes from around the world. Here’s a list of some of the reaction from stars and arts organizations on Twitter:

“Christopher Plummer was our North Star. His talent, wit and verve set the highest standards for performance, especially that of Shakespeare. One of the Stratford Festival’s most dynamic alumni, he graced our stages in roles as diverse as King Lear, Cyrano and Barrymore. His work on screen and stage across the globe made us so proud of him. His support for Stratford was unparalleled as he returned time and again to fondly rejoin his company of players. We shall not look upon his like again.”

“We are devastated to hear that screen legend, Christopher Plummer, has passed. He was an extraordinary Canadian talent who captivated us with his humour, charm, & undeniable talent. Our deepest condolences go out to his loved ones at this time.”

“This is truly heartbreaking. What an unbelievable loss. Few careers have such longevity and impact. One of my favorite memories from ‘Knives Out’ was playing piano together in the Thrombey house between set ups. He was a lovely man and a legendary talent.”

“RIP to this magnificent gentleman, adorable for his lifelong grudge against what he called “The Sound of Mucus.” But Plummer brought glory back to his Toronto hometown, including that time he came to premiere “Beginners,” the film that won him an Oscar.”

“An absolute icon and master craftsman whom few will ever match. His utterly bulletproof work looms high over a century of English language drama. He was also a Montreal legend who has been a source of inspiration and a hero for me for pretty much my whole life.”

“Pixar remembers Christopher Plummer, who as Charles Muntz in “Up,” taught us that ‘adventure is out there.’ Rest in peace, good friend.”

This report by The Canadian Press was first published Feb. 5, 2021.

THE WEEKND JUMPS ON THE BLOCKCHAIN BANDWAGON: NFTS ARE ‘DEMOCRATIZING’ THE MUSIC INDUSTRY, HE SAYS

B.C. TO PROVIDE $16 MILLION IN FUNDING FOR ARTS AND CULTURE...