I’m certain I wasn’t the only one to rip out my favourite fashion ads from the pages of major glossies, plastering them all over my bedroom walls and locker in my youth. I can still remember the gritty, greige CK images juxtaposed against the bright, ebullient and naughty Dolce & Gabbana shots.

Those ads were pure magic: instantly flinging myself far from fifth grade science class (where I would often sneak in magazines to read instead of following the far less illuminating lesson) I would revel in the delight of Gisele’s exceptional ability to make me fall in love with textures and textiles I didn’t know anything about, and began to truly appreciate Steven Miesel’s sheer talent (also knowing nothing about the legendary photographer at the time; it was Versace’s SS 1999 campaign). 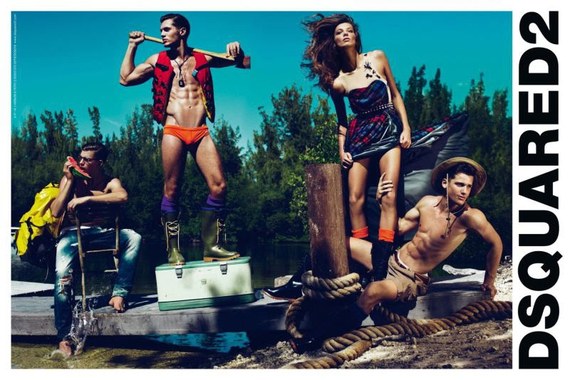 Fast-forward to 2010, and Dsqaured2’s girls are languorously lounging in the cheeky, Canadiana-esque glamping collection across my MacBook’s desktop background; today, I’m still in love with fashion ads. I’ve had the absolute pleasure to witness a few fashion magazine shoots firsthand — previously working at some of those major glossies had its perks! But a fashion shoot for a spread is inherently different than a campaign shoot.

BEHIND THE VOICE, BEHIND THE MASK: COACHING CELEBS AND SINGERS ON...