There’s gonna be six all-new episodes of LETTERKENNY on Crave in a couple weeks so, keep your shirt on. To give fans a taste of what’s to come on Friday, Oct. 11, the fine people at Crave just released a pretty sweet trailer for the new season:

#Letterkenny is back with all-new episodes, all-new donnybrooks, and all-new chirpin’. Get after it October 11 only on Crave. @LetterkennyProb pic.twitter.com/J4kCdj4v9J

There’s a whole lot of action – and chirping – on the ice as the Hockey Players get nostalgic for the good ol’ game and Tanis (Tiio Horn) tries to get the Irish back together. But it’s not all hockey in LETTEKENNY, as The Hicks launch their own public access agricultural call-in show, Crack An Ag – but not without some competition from that piece of sh*t McMurray (Dan Petronijevic). 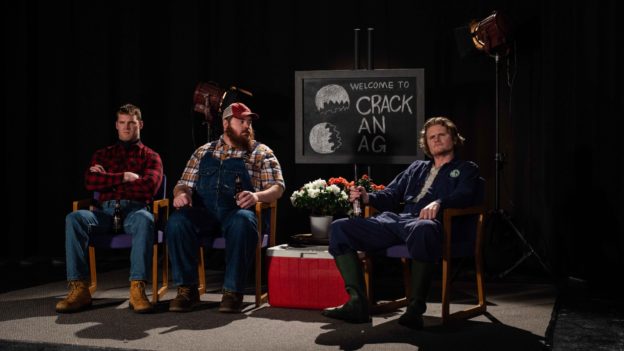 Catch the all new-six pack of LETTERKENNY, streaming Friday, Oct. 11 on Crave, and stay tuned for more LETTERKENNY news to come.

MICHAEL BAY-PRODUCED PANDEMIC FILM HIT WITH “DO NOT WORK” ORDER FROM...

‘NEVER HAVE I EVER’ RENEWED FOR SEASON 2 AT NETFLIX

2021 SAG AWARDS DELAYED DUE TO CORONAVIRUS